The Benefits of Withdrawable MV Switchgear

The Benefits of Withdrawable MV Switchgear 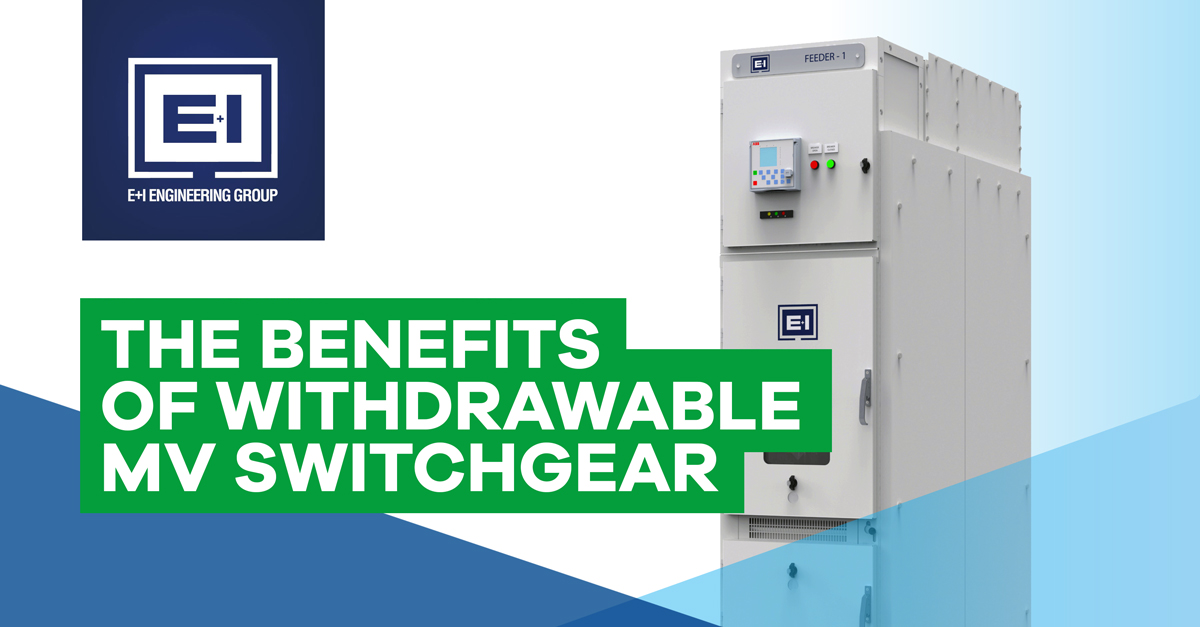 Traditionally, switching MV supplies was a challenging task, however as technology has advanced new design methods have been adopted to improve the reliability and safety of MV systems. Before the development of withdrawable switchgear systems only fixed solutions where available, this comprised of an enclosure that housed all devices and equipment required within the electrical system. Elements could not be individually removed or reinserted for maintenance purposes and instead the switchgear was fitted with a disconnecting switch to isolate the device from the energized system when required. In contrast to this, the development of withdrawable MV switchgear allows for the removal of individual parts such as the circuit breaker from the main enclosure without impacting the function of the rest of the switchboard – Thus providing the end user with the following benefits.

Withdrawable switchgear offers a much more flexible power solution than fixed models as critical elements within the power system are fully customisable. For instance, the end user can choose from a combination of circuit breaker and protection relay manufacturers to create a bespoke system that best suits their project requirements.

Additionally, withdrawable switchgear allows for a unique application. For instance, switchgear that is fitted with a double busbar arrangement can make use of the one circuit breaker to alternate power distribution between the two busbar systems. To change from one set of busbars to the other, the breaker can be removed from one location and inserted in the other. This means that only one breaker is needed instead of two.

As circuit breakers are mechanical devices, they will ultimately wear out over time and need to be replaced to restore reliability in the system. Withdrawable switchgear gives end users the option to have their system retrofitted with a new circuit breaker without impacting on the remaining parts of the electrical system. As a result, lead times for withdrawable system upgrades are significantly reduced compared to fixed solutions, where replacement of the circuit breaker would be a much more complicated and costly process.

Due to the high levels of power flowing through MV Switchgear, it is critical that systems are designed with the safety of the user in mind. In withdrawable systems access to the terminals of the functional unit can only be gained if the functional unit has been removed from the system. This ensures that the terminals are always disconnected from the power supply before any maintenance work is carried out.

Withdrawable switchgear is often preferred due to the visual separation achieved upon removal of the functional units. The main advantage of this is that operators can be certain that once the breaker is withdrawn the system becomes voltage free, this allows mechanically skilled maintenance workers to minimise their exposure to any electricals risk when working on live circuits

Aside from the safety benefits of withdrawable switchgear, the efficient design gives operators easy access to critical parts that require maintenance, as withdrawable parts are mounted on a carrier that can be easily and safely extracted from and reintegrated into the switchgear. As withdrawable switchgear provides a test position where the breaker is physically removed and can be operated independently of the switchgear, operators only need to concern themselves with the individual part they are testing. This contrasts with the additional care that needs to be taken with fixed solutions whilst operating on parts that are still integrated within the live system.

Although the luxury of withdrawable switchgear can incur higher initial costs than a fixed design; withdrawable systems boast a lower lifetime cost due to their flexibility.

In order to perform maintenance on a critical part such as the breaker, the part must be disconnected from the electrical supply. However, with the increasing demand for continuous power supply, it is becoming near impossible to conveniently arrange planned outages. Therefore, withdrawable systems are a smart choice for mission critical environments such as data centres where downtime can have huge cost implications, as maintenance can be performed on a breaker with minimal impact on the rest of the switchgear system.

Additionally, the overall cost of ownership can be reduced due to the scalability of withdrawable switchgear which provides the end user the advantage of time spread investments. Withdrawable systems can be installed with spare units that do not carry the circuit breaker – as quite often the circuit breaker is the most expensive part of capital expenditure in switchgear installations. This enables the end user to gradually upscale their switchgear system by purchasing and commissioning new circuit breakers when required in a more cost-efficient manner.

E+I Engineering’s new air insulated withdrawable MV switchgear range provides customers with one unique and adaptable switchgear solution that can house either ABB or Schneider circuit breakers interchangeably – Giving the end user ultimate flexibility, with front access withdrawable voltage transformers in the 12kV and 15KV products. The range is manufactured across our 3 vertically integrated facilities in Europe, UK, USA and Middle East and is engineered in line with both IEC and UL certifications making it a truly global product.

As E+I Engineering have sole control over the supply chain, greater quality control can be achieved throughout the production process, resulting in a more reliable and efficient product for the end user. Additionally, this arrangement cuts down lengthy lead times allowing project timelines to run as smoothly as possible. The new MV switchgear range completes E+I Engineering’s power distribution offering, allowing our customers to benefit from a more streamlined project process, wherein they can now work with one expert supplier to fulfil their entire power distribution requirements.