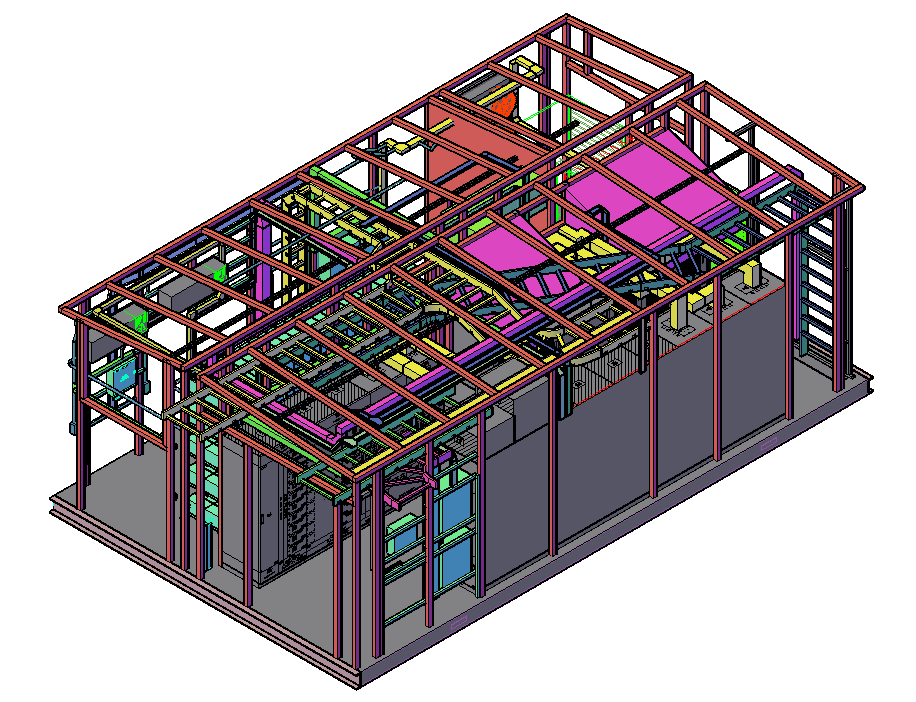 Modular Fabrication is increasingly becoming the preferred method of infrastructure build for data centres due to the many benefits associated with it. Each pre-fabricated modular data centre is made up of at least one pre-engineered, factory-integrated and pre-tested assembly of subsystems, which is either then mounted onto a skid or placed within an enclosure. The form of modular design used will be based largely on the requirements of the data centre as this will impact how the infrastructure is transported and where it can be placed.

The 2 forms of Modular Power Design typically used in data centres are;

Open frame skids provide the structural base for the electrical system. Unlike enclosures, prefabricated power skids are generally for indoor use, making it the perfect option where critical power infrastructure needs to be deployed quickly within an already existing building. The process involves mounting the power infrastructure onto an open structure frame which can then be easily transported and delivered as a pre-assembled structure, in turn reducing on-site deployment times by 60% in comparison to traditional methods. Power modules including switchgear, UPS, panel boards and transformers are usually mounted onto skids and placed directly on the room floor.

Skid mounted systems can support a higher capacity of power than enclosures as they are not subject to the same space limitations. This form of modular design is also the most cost effective, often costing 40% less than the alternative enclosure design. However, it is important to note that the open nature of skid mounted systems is not suitable for all types of infrastructure, such as IT equipment which requires a dedicated cooling system where hot and cold air is separated. 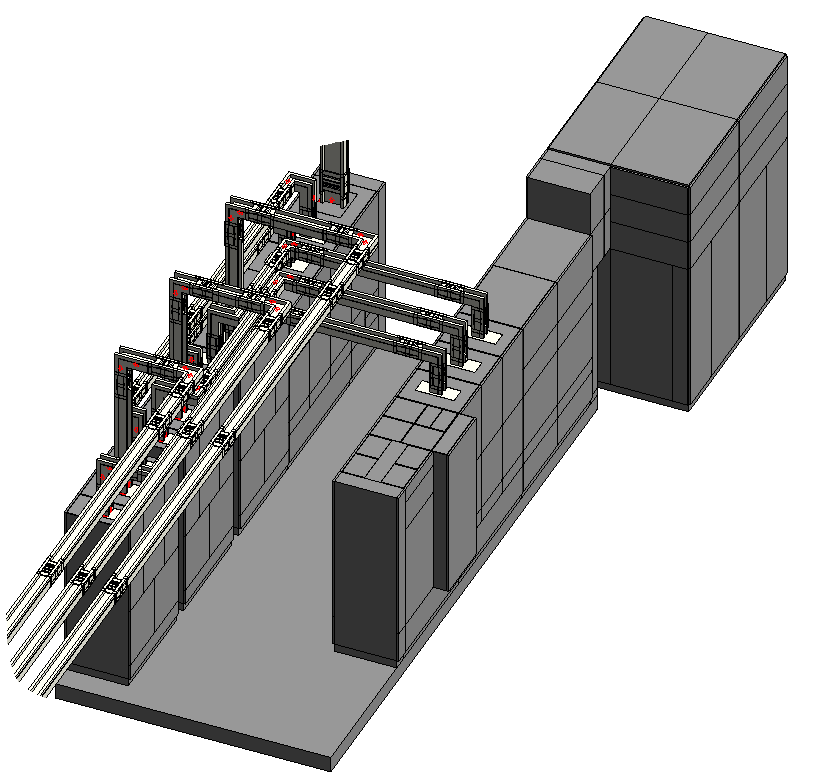 
Raised floor access skids are constructed with hollow space for cabling to be completed underneath the panels.

Low profile skids sit lower to the floor and are used in conjunction with busbar. As the busbar is connected to the infrastructure from above, no additional space underneath the skid is needed for cables to be connected.

Modular Enclosures (sometimes referred to as shells, metal houses, or pods), have a primary function of protecting electrical infrastructure from the external environment, making them an excellent option in instances where there is limited space available to accomodate extra capacity inside the data centre facility. Most enclosures are suitable for outdoor use; although this depends on their weather rating, with enclosures sometimes being housed in an indoor warehouse facility. With the exception of ISO containers, most enclosures can be constructed in any shape or size with the, which can make transport and handling more complex and costly. However, the absence of standardised dimensions allows for more flexibility in container design and equipment layout. Enclosures can also be constructed using various methods and materials, which will be determined based on project requirements. Types of enclosure include: 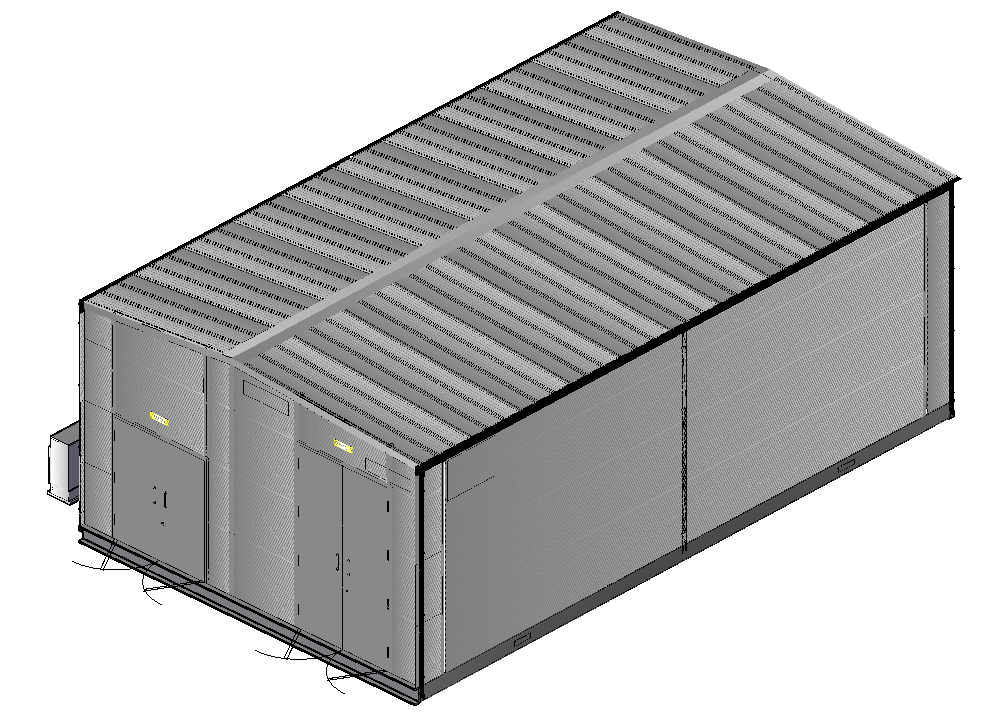 As steel is a reactive metal, enclosures must be painted for protection from corrosive environments, powder paint is typically used to produce a more durable finish. Steel enclosures tend to be heavier and more expensive than alternative enclosure types.

As cladding is much lighter than steel, it is often used for roof mounted enclosures where weight restrictions apply. Cladding is insulated and typically designed to blend in with an existing cladded building. For increased safety all cladding must be fire rated, providing up to 2 hours flame protection.

GRP (Glass Reinforced Polyester) are open bottom enclosures that are placed on a concrete plinth containing cable ducts. Like Cladded Enclosures, GRP Enclosures are lightweight in comparison to steel and are often used for roof mounted preferences where low weight is requirement. GRP enclosures are also commonly used to house MV switchgear due to their excellent insulating properties which prevents risk of electric shock. Excellent insulation also removes the need for the enclosure to be grounded, which can result in reduced production time.

Unlike other enclosure forms, ISO containers are constructed in compliance with ISO standards that regulate many aspects of the containers such as classification, dimensions etc. The standardised nature of this enclosure form simplifies the transportation and handling process, ranking it first for transportability. However, the standard size also limited the space available to house critical power infrastructure.

ISO containers can be double or triple stacked to maximise floor space, however modifications such as cut outs for doors or other mounted equipment can impact ISO certification, limiting the ability to stack containers. Although, as the containers will always have a standardised surface area, the logistics of deployment will still be much simpler than other forms.

Modular fabrication is an extremely versatile power solution, consisting of multiple forms that can be customised to meet individual business requirements in a more time and cost-effective manner than traditional methods. Typically, modular skids are an ideal choice in data centres that have available indoor space, as the skids are less costly and less restrictive than other forms of fabrication. However, where indoor space constraints do exist, ISO containers are the most suitable option as they are rated for outdoor use and can be placed outside of the main building. Other Enclosures may also an option for outdoor use depending on their weather ratings. The form of modular fabrication required will vary from project to project, therefore it is important to conduct an audit of project requirements and constraints to evaluate which form of modular power is the most feasible choice for your data centre.